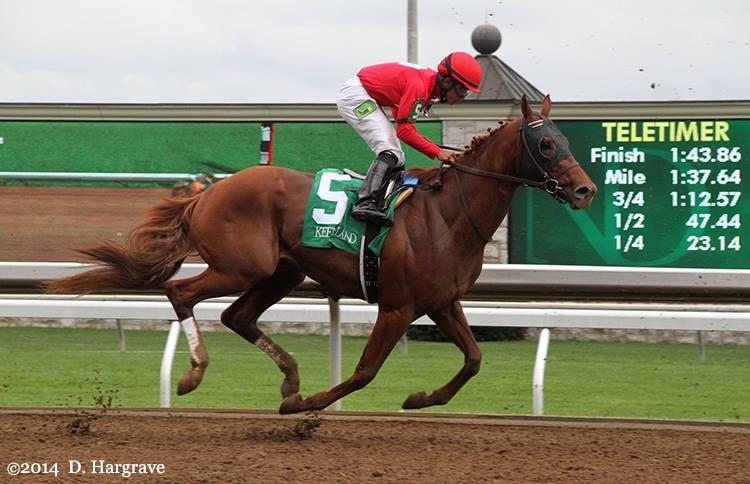 It took 10 tries, but Aces High is a maiden no more. On Friday night at the Fair Grounds Aces High faced a field of 7 in a maiden special weight going 1 mile and 70 yards on the dirt. He broke sharply from the first postwith Miguel Mena aboard. He settled in nicely along the rail with Scat Leader and Signal Hill dueling for the lead on his outside. He collared the two at the half-mile pole and held and easy length lead throughthe final turn.He had increased the lead to four lengths at the top of the stretch and simplypoured on the gasincreasing his lead all through the lane to win going away by 14 3/4 lengths. He finished in a final time of 1:43.24. Scat Leader held on forthe place. Dixie Winter was up for the show.Going off as the even money favorite, Aces High paid $3.00, $2.60 and $2.40. The exacta paid $12.60 and the trifecta paid $120.00. Aces High’s career earnings increase to $56,985.