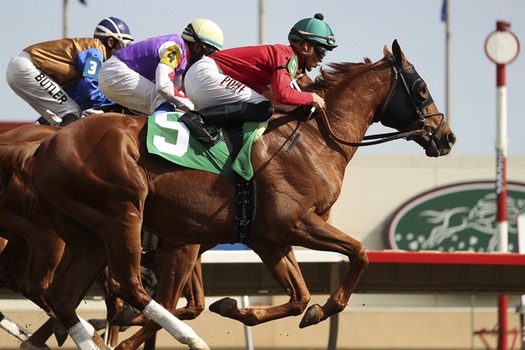 Aces High won the 4th race at Canterbury Park earlier this evening.  He broke well from the gate and stalked the leaders about two lengths back through the first three quarters of the race.
He started picking up the pace coming out of the turn and moved into 2nd place behind Quality Indeed at the top of the lane.  He grabbed the lead inside the final 100 yards or so and held off the hard charging post time favorite, Teddy Time, to pick up the 6th win of his career.

Alex told Eric after the race that he felt like he was in 100% control of the race the entire time and it was never really in doubt.  When he finally asked Aces High to move, he did so on cue.