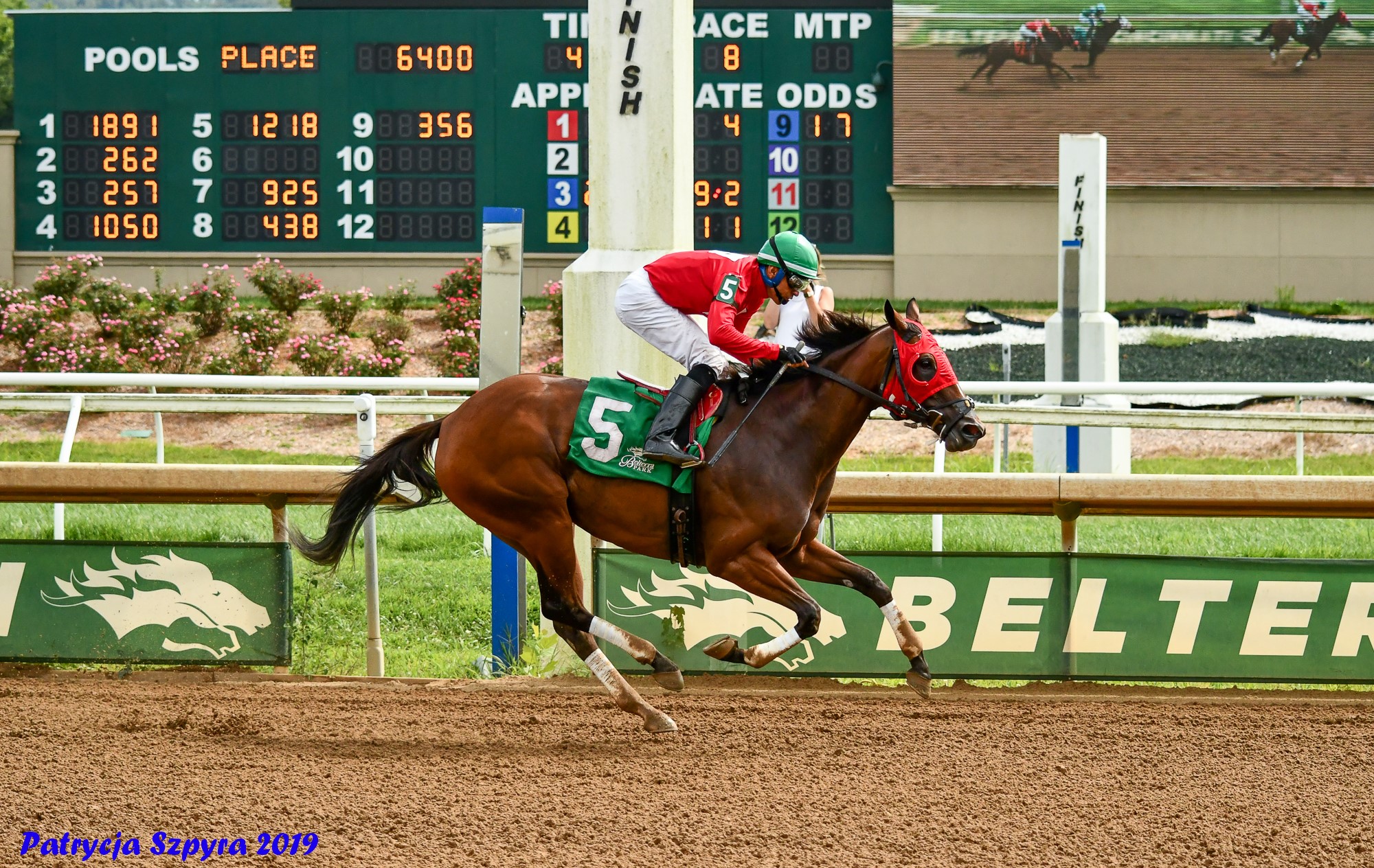 Conjuring picked up the fifth win of her career in the eighth race at Belterra Park earlier this afternoon. She broke well and battled favorite KK’s Buckeye down the back stretch and into the turn. Conjuring stuck a nose in front mid-way through the turn and hit the lane on top. Skymistress was putting on pressure to her outside, but Conjuring began to pull away in mid-stretch. Skymistress did make up some ground late to hang on to second. Pretty Penny Paddy was closing late to get up for third.

Conjuring Picks Up the Fifth Win of Her Career – August 17, 2019 from Pocket Aces Racing on Vimeo.