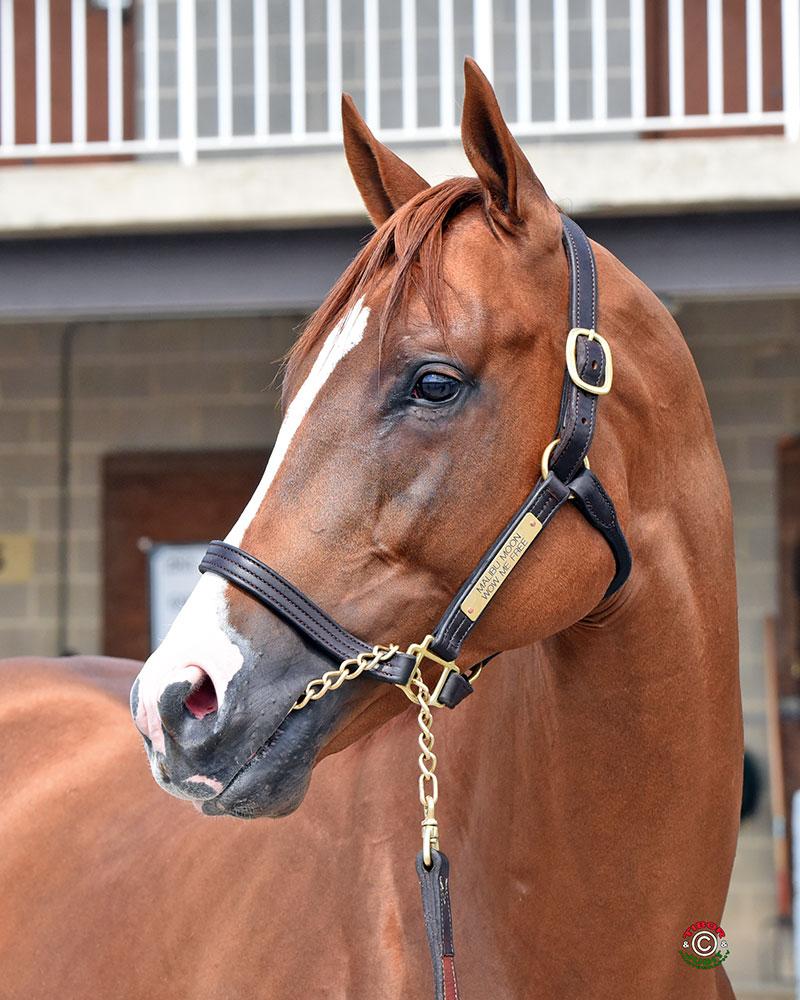 Moon Launch was a wire-to-wire winner in the sixth race at the Fair Grounds in his first try over the turf.  He broke sharply from the gate and quickly grabbed the lead along the rail. The only horse that even tried to go with him was Rock On Kitten who had to come over from the 14th post.

Moon Launch held a comfortable 2-length lead as he set respectable fractions of 23.08, 47.82 and 1:12.63 through the first three-quarters. Rock On Kitten made a run in the stretch and managed to poke his nose in front. Moon Launch wasn’t to be denied as he dug in and ultimately won by 3/4 of a length in a final time of 1:43.50.

We felt going in that there wasn’t much speed in the race so we may as well go to the front and hope he liked the surface and would be able to hang on. Fortunately, it worked out that way exactly. Mena didn’t have much to say following the race other than telling Steve, “I told you he was a good horse.”