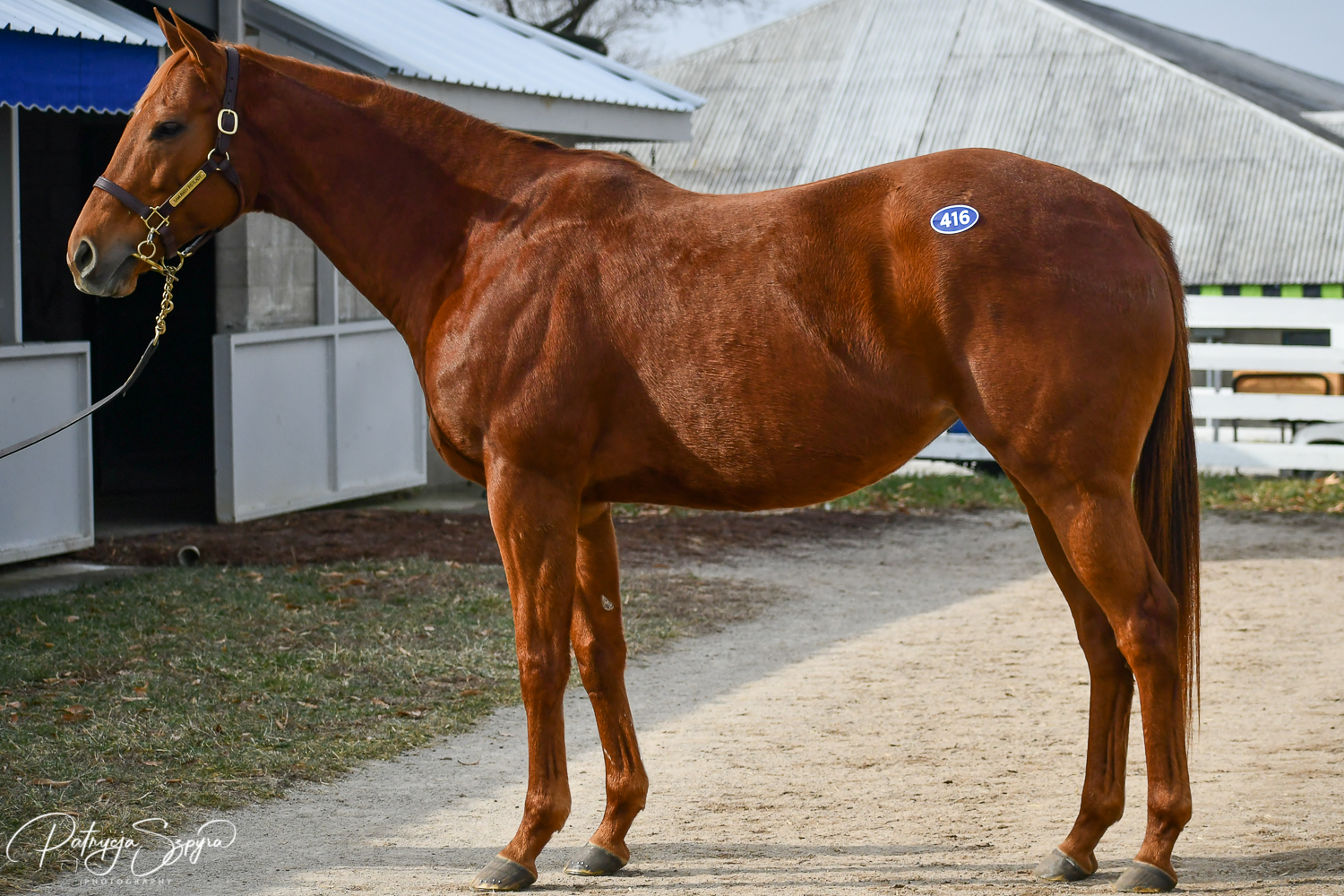 Pocket Aces Racing LLC is very excited to announce the newest member of our stable…Samurai’sfirstlady.  This mare is in foal to Exaggerator and will comprise our 2021 breeding partnership.

This seven-year-old mare is a daughter of First Samurai out of Leinster Lady, by E Dubai.  She is a very attractive and fast looking mare evidenced by the fact that she sold for $185,000 as a 2YO in training.  In fact, she had the co-fastest work time (9.4 seconds) out of 1216 horses in her sale. She won three races at Gulfstream Park over the course of her career.

In addition to being a gorgeous physical and very fast, she is a half-sister to Graded Stakes placed, One More Round.  Her second and third dam are peppered with black-type runners including Graded Stakes winner, Lakota Brave.  Samurai’sfirstlady has a 3YO half-sister by Super Saver on the work tab at Fair Hill and a 2YO half-sister by top first crop sire, Not This Time.  Both could add some heft to her pedigree before she goes back through the ring.

She is in foal to one of Curlin’s top progeny, Exaggerator.  He won five graded stakes and more than $3.5 million in his career.  He was a top-10 first crop sire in 2020 with 13 winners from 67 runners and multiple stakes runners.  As a son of Curlin, it stands to reason that his runners could just get better with age.

It is said that black kittens come from black cats.  If her foal looks as nice and fast as its mother and father, it should do very well when it goes through the sales ring later this year or next January.

Samurai’sfirstlady is already booked to the exciting first crop sire, Thousand Words.  He was a million-dollar sales yearling and winner of the Los Alamitos Futurity (GII) at two and Robert S Lewis (GIII) at three.  Thousand Words is by Pioneer of the Nile, also the sire of American Pharoah. We booked one of the few remaining seasons for him shortly after signing the ticket for the mare at Keeneland on Tuesday afternoon.

Much like our previous breeding partnership, the plan is to sell the mare and the foal at the Keeneland November Sale later this year.  Depending on how things develop, it is possible we could push the sale back to Keeneland January in 2021.

Pricing is below.  All expenses are covered through March 31, 2021.  Expenses are then billed at $1,000 per FULL share per quarter.