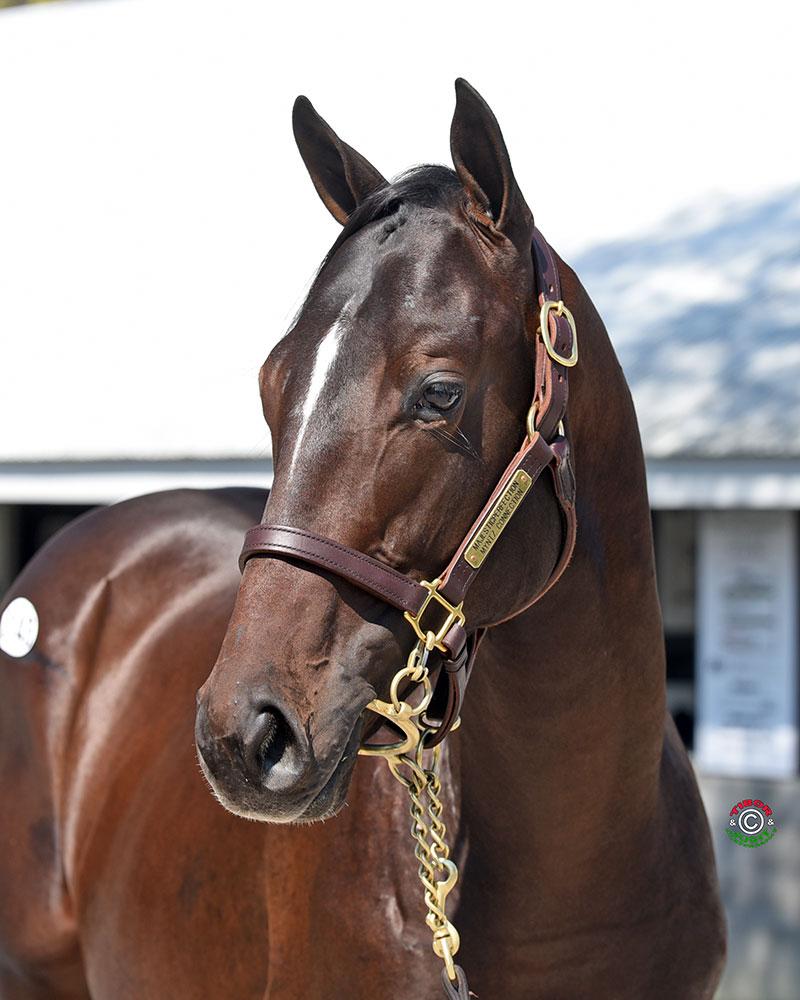 Pocket Aces Racing LLC is excited to introduce the newest addition to our stable, a colt by Majesticperfection out of Myntz Connection, by Candy Ride.  The colt was a $40,000 purchase at the Keeneland September Yearling Sale last week.

The colt was purchased on a day when we spent all morning, and the better part of an afternoon, watching hundreds of horses file past us in the back ring. After watching what seemed like countless colts and fillies going by with short, stabby, unathletic walks we noticed a colt that looked very different than the others we’d seen that day. This horse was walking purposefully, with his head down, while taking in all the commotion going on around him in stride. Not only did he walk purposefully but he covered a great deal of ground every time he’d swing his hips forward and his fore limbs tracked well with every step. Based on his walk, we decided to have a closer look at him and pulled him out of the walking ring to have a closer inspection. Physically the colt has good size (especially considering his April 20th foal date), great scope and the type of long, lean muscle mass you typically see in route of ground horses. In fact, the colt bears a lot more resemblance to his mother’s father than his sire. Majesticperfection himself was a Grade 1 winning sprinter and some of his best progeny have excelled at shorter distances, however, this colt does not have a typical sprint physique. Instead, his body type has much more in common with Candy Ride (the broodmare sire) and his progeny. Candy Ride was a Grade 1 winner at 10 furlongs while his progeny have won such top class route races as the Breeders’ Cup Classic-G1, Santa Anita H.-G1, Santa Anita Derby-G1 ,etc. We also noted that the colt had a great shoulder angle and a shape to his hip and hind leg that suggests he will do his best running on the dirt.

Majesticperfection is by the great Harlan’s Holiday.  From a relatively small number of offspring, Majesticperfection has produced multiple stakes winners such as Lovely Maria, Majestic Affair, Chanteline, Perfectly Majestic, Syndergaard and more.

Myntz Connection was a lightly raced winner of two races.  She is out of multiple stakes producer Zealous Connection.  The cross of Majesticperfection with a Candy Ride mare has already produced stakes winner Majestic Dunhill.

The colt will fill our value slot.  Though he cost a bit more than the $25,000 we had budgeted, we felt like he was simply too nice to pass up.