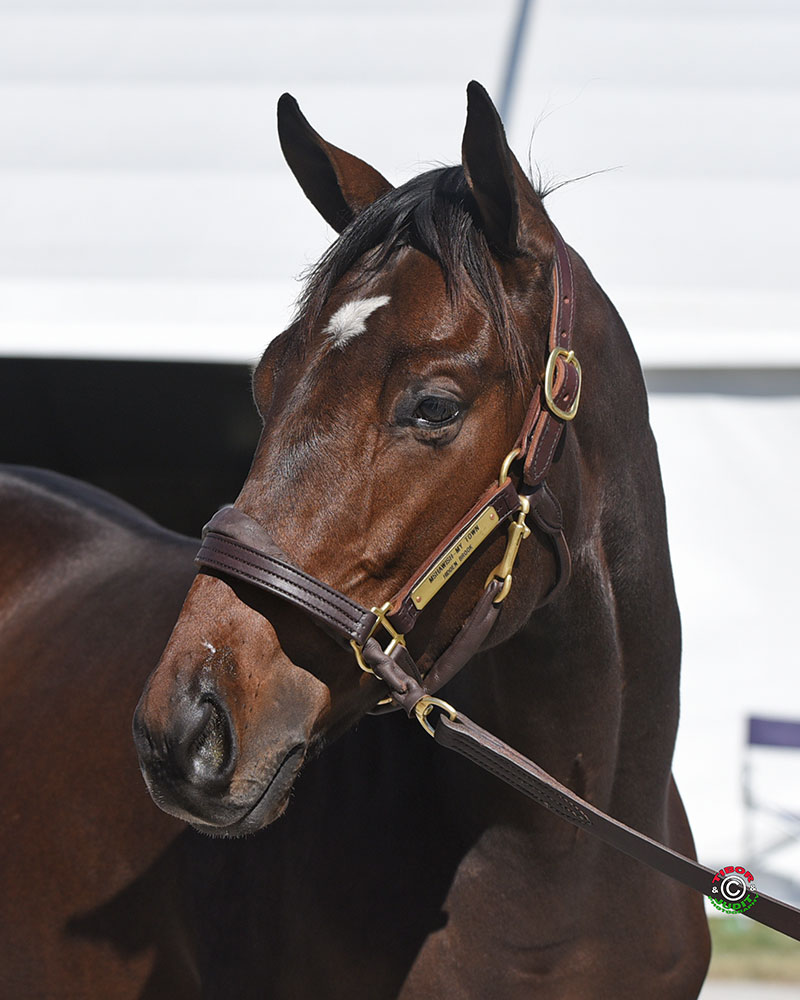 Pocket Aces Racing LLC is very happy to announce the addition of a yearling colt by Mshawish out of My Town, by Speightstown. The colt was a $20,000 purchase at the Fasig-Tipton October Sale. We went into the sale determined to make a purchase only if we saw a racing prospect we deemed to be an exceptional value. We wanted to be sure to take a look at this colt as he was bred by a long-time partner and sold as a weanling. We were particularly impressed with the colt and after speaking with the consignor, we knew we had a good chance to bring him home, and in fact, we were prepared to spend more than we did to get him.

The colt is very correct. He has good size, scope and strength. He’s a very racy looking individual. He looks athletic and quick and appears to be the type that should stay sound over a long career. He vets out and has an A+ throat. The colt is bred on the Medaglia d’Oro – Gone West cross which has produced multiple graded stakes winners including Violence.

Mshawish was a multiple Grade I winner. The son of the great Medaglia d’Oro won graded stakes races from seven furlongs up to a mile and an eighth. He won stakes races at ages 3, 4, 5 and 6 and won Grade I races on turf and dirt. He won more than $2.4 million over the course of his 24-race career.

The colt is the third foal out of My Town, by Speightstown. She was a $300,000 yearling purchase herself but was never raced. She hails from a black-type producing family. She is a half-sister to stakes winner and stakes producer Jesse’s Juice as well as stakes producer Princess Aurora. My Town’s first foal, a filly named Starvana, has hit the board in all three starts. The 2YO colt, Cigar Box, is competing in maiden special weight company on the Kentucky circuit for Calumet Farm.

A full share (10%) is ONLY $3,800 and covers expenses through December 2019. Partial shares are also available and start at just $650 (1.25%) ownership. Expenses are billed quarterly at a MAXIMUM of just $1,300 per FULL share. Once the colt starts running earning purses, those quarterly expense bills may be reduced or eliminated entirely.

The colt is halfway sold out. We don’t believe he will be available for long. Please CONTACT US as soon as possible to reserve your share today!