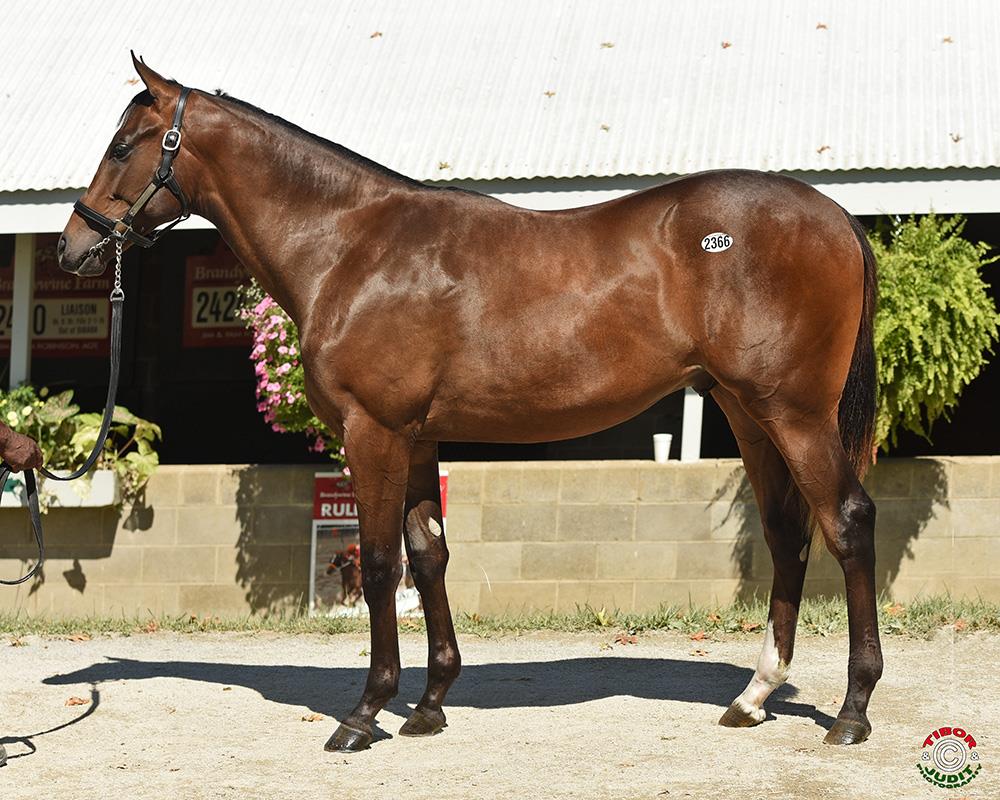 One of the latest additions to the Pocket Aces Racing stable is a yearling colt by the exciting first-crop sire Gemologist and out of the young producer Beam Reach. This colt is nice and correct through his forelimbs and possess the hip and shoulder angles we like to see in a traditional dirt horse. We would also describe him as having enough size at the moment with ample scope and plenty of strength in his hind end.  We say “enough size at the moment” because we feel like he still has a significant amount of growing to do as his later foaling date of April 15th and the fact that he is considerably “up behind” would suggest. He is certainly a well-bodied colt, however, the best part of him is when he is moving. He has a big stride in his hind limbs and a loose from the hip, agile and athletic, overall walk.  At the moment he is a nice colt but we think he is going to blossom into a very exciting racing prospect next spring.

Physically, we think he is very representative of his father’s side of the family. He is by Gemologist, who in turn, is the son of champion sire Tiznow. This line of horses (which stretches all the way back to Man o’ War) is known for being very big, strong types that excel in 2-turn dirt races and we see this colt’s racing future being very much along those lines. In fact, Gemologist’s best wins came in the Wood Memorial S.-G1 going 9 furlongs on the dirt and the Kentucky Jockey Club S.-G2 going 8.5 furlongs on the dirt. As a first crop sire Gemologist has already sired 8 individual maiden special weight winners and it is fully expected those statistics will improve dramatically over time as horses from Gemologist’s line almost always get better with time and added distance. On the female side of his pedigree our new colt is out of a very young (only 6 years-old) mare, by emerging broodmare sire Stormy Atlantic, named Beam Reach. Although Stormy Atlantic is 22-years-old that is still quite young for a broodmare sire, however, he is already the sire of dams of 21 stakes winners including Comma to the Top, Bailoutbobby and Moment of Delight.  While Beam Reach was unraced she has certainly gotten her career as a broodmare off to a spectacular start with a well-timed update. A little more than an hour after we purchased this Gemologist colt is half-sister, and the 1st foal out of Beam Reach, won the 4th race at PARX that day by nearly 10 lengths.

If you are interested in joining this partnership and having a colt with the pedigree and physical make up to readily handle a route of ground, please contact us as soon as possible by by calling Marc at 859-312-6272 or Jared at 606-922-9325 or emailing [email protected].