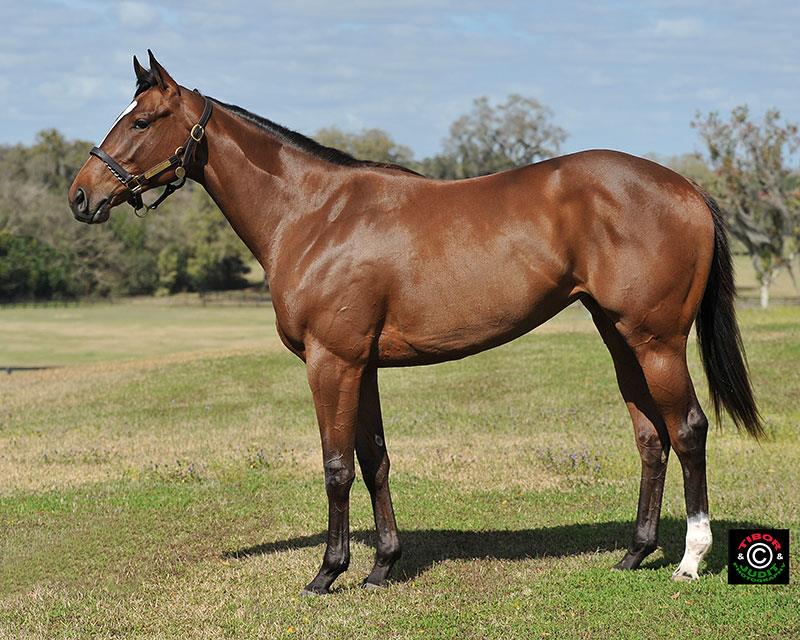 When Pocket Aces Racing’s 3-year-old Ohio bred filly Impeccable recently broke her maiden, in only her 2<![CDATA[nd career start, by nearly 5 lengths she established herself as a potential top-class filly on the Ohio bred circuit. With that kind of momentum in our favor Pocket Aces Racing felt strongly that the 2015 Keeneland September Yearling sale would afford us an excellent opportunity to acquire another Ohio bred. The horse we chose was an Ohio bred filly by the Grade 1 winning son of Tiznow, Gemologist, out of a young stakes winning daughter of Indian Charlie named Conjuress.

Physically, this filly is one of the best specimen’s we have seen since becoming active in the Ohio bred program several years ago. We believe her most striking attribute is her strength. She has an exceptionally strong hind quarters and gaskin with plenty of muscle in her forearms and shoulder. Her angles are great for speed as well. She has a long flat hip and almost ideal shape to her shoulder. The entire package works well together as she has a very loose and athletic walk. When he was alive her maternal grandfather, Indian Charlie, was known to be a tremendous influence for early speed (he finished as the 2<![CDATA[nd leading sire of 2-year-olds in North America twice in his stud career) and she reminds us a great deal of the body types he used to sire.

Just like Impeccable and her siblings we believe this filly has the potential to be something pretty special in the Ohio bred ranks and would love to have you participating in her career with us. If you have any further questions regarding our future plans with her, share pricing or general information please feel free to call me at 859-312-6272 or Jared Shoemaker at 606-922-9325.