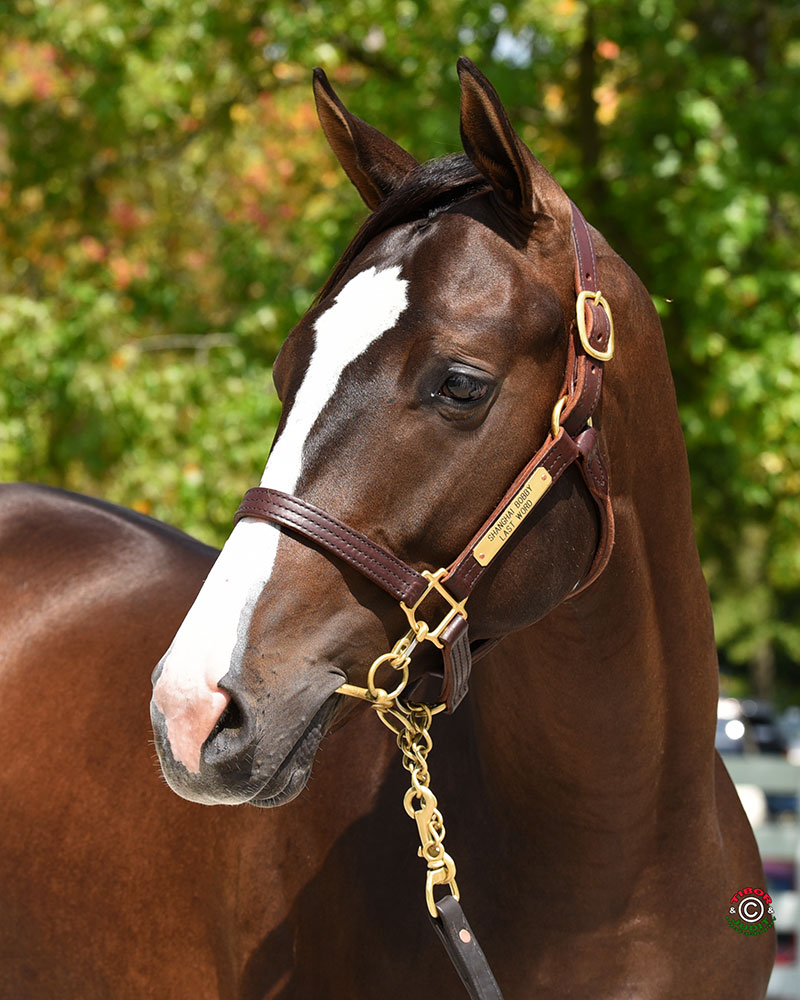 Pocket Aces Racing LLC is extremely excited to formally introduce a new addition to our stable … a colt by Shanghai Bobby out of Last Word by Empire Maker.

Shanghai Bobby is one of the most exciting young sires in North America. He is the #3 first crop sire with 35 runners on the track and 7 winners including stakes winners March X Press and Mr. Pete as well as 4 stakes placed runners. He was a tremendous race horse and was named the champion 2YO in the United States after winning 5 of 5 starts including the Breeder’s Cup Juvenile. He won stakes races from 6.5 furlongs up to 8.5 furlongs and was 6 of 8 for his career with earnings of $1,857,000.

The colt’s dam, Last Word, won her debut in a maiden special at Parx Racing and ran second in two of her remaining 3 starts. She is by Empire Maker, who is establishing himself as an excellent broodmare sire at a relatively young age. Empire Maker is one of only 3 stallions on the Top 100 broodmare sire list born in the year 2000 or later. He is the highest ranked of those three at number 62.

From the moment we first saw this colt we thought he was an athlete. As he walks away from you the first two things you notice are how well he tracks (one hind foot directly in front of the other-instead of slightly wide or narrow) and the powerful way he plants his hocks and pushes through his stride. Watching him walk from the side we were all very impressed with how each individual part worked so well together. He is very agile, almost like a big cat through his fore limbs, with a loose, long stride behind that swings underneath and out from hip instead of a short and stabby stride from his hocks. As you can see from the walking video he puts his head down and walks with purpose, there is no wasted motion, he always maintains forward momentum and he always knows where he is going. Stood up he is a handy horse. Not too big, not too small which is very typical for his Northern Dancer sire line. He also stands over plenty of ground and possesses all the necessary strength he needs in his hip, gaskin and forearms. We always like to let our horses develop at their own pace and let them show us what kind of racing they will be best suited for (turf, dirt, long, short, 2YO, etc.), however, we usually have a pretty good guess early on as to what we have on our hands and everyone agrees that this colt might be fairly precocious. Not only does he look fast but he looks like a quick colt (gate speed, turn of foot, etc.) that will take care of himself physically due to his handiness and efficient way of going. While we still do not intend to push him, we will give him every opportunity to be a good 2-year-old if that is what he is meant to be.