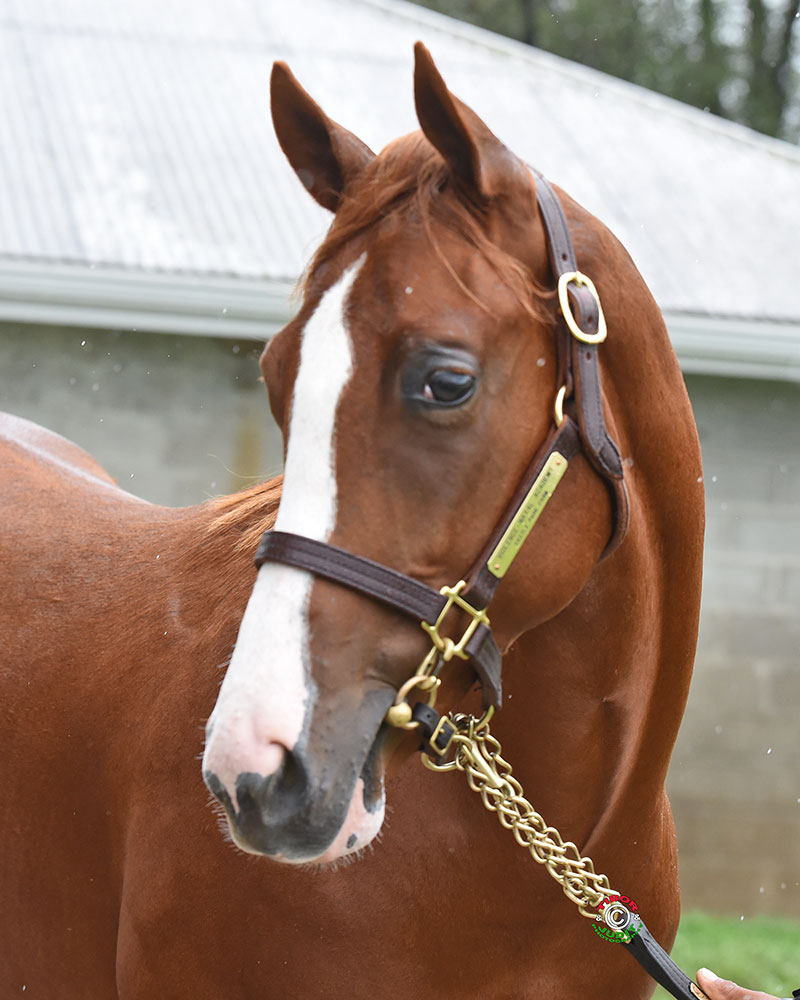 Pocket Aces Racing LLC is very happy to introduce the newest member of our stable, a colt by Violence out of Naval Academy, by Mizzen Mast.  We purchased the colt earlier this afternoon for $75,000.  We have had our eyes on Violence for a while and we are thrilled to be able to offer a colt by this exciting sire to our partners.

Violence is the leading 2nd crop sire in North America by earnings and by winners and is ranked 69th on the General Sire list.  He was also the 2nd leading 1st crop sire last year.  He already has eight stakes winners to his credit.   Violence, a son of the great Medaglia d’Oro, boasts such runners as Talk Veuve To Me, Cosmic Burst, Whatwasithinking, Buy Sell Hold, Encumbered, Barry Lee and Cicatrix.  His foals have shown great precocity in this early stage of his stud career with nearly 50 2YO winners already.

We feel very fortunate to have acquired this colt. He is an excellent physical specimen and one that is very typical for the Violence to Medaglia d’Oro sire line. In addition to being by leading 2nd crop sire Violence, his grandsire, Medaglia d’Oro, is one of the top stallions in the world. Those two sires, and many of their best progeny, share many common physical traits. They are long of body, standing over more ground than most horses, which has translated to great stride length on the race track. We believe this is one of the main reasons both sires and their progeny excel in route races. Another trait so many horses from this line share are long, flat hips with strength to spare in their hind limbs. Our new colt is no exception as he has all the above physical characteristics and we consider that a very good thing as his father is one of the more exciting young sires around and his grandsire’s achievements speak for themselves. Aside from the traits so common to his male family we would also describe this colt as physically imposing. While he is taller than average, he is not unusually tall, however, he is a very strong colt.  His shoulders, forearms and aforementioned hindlimbs are all powerfully built. What makes this colt so special though isn’t just his strength. More to the point it is his combination of power and athleticism that sets him apart. Much like the 230lbs linebacker that runs the 40 in 4.5 seconds this large, muscular colt is also very agile and athletic. His strength is obvious, however, watching him walk he could almost be described as cat-like. Some big, young horses are clumsy with short, stabby movement in their hind limbs but this colt’s front and back ends are well coordinated. This creates a walk that is light and fluid through his front limbs and a loose, from the hip movement in his hind limbs that has a lot of reach.