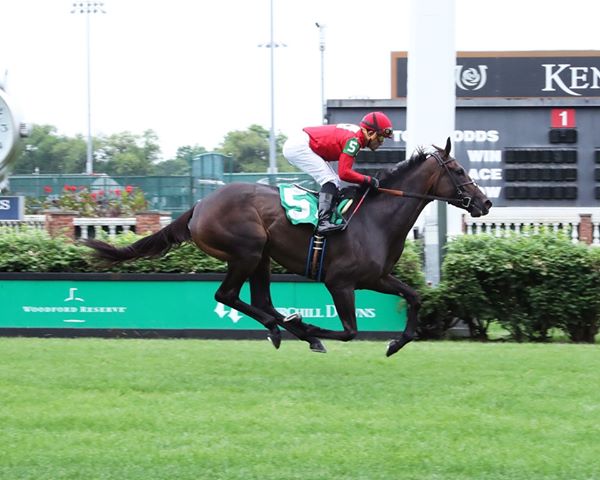 Temple City Terror won the seventh race at Churchill Downs earlier this afternoon. She broke well and immediately settled in toward the back of the pack along the rail. She trailed the field going into the first turn and was content to sit there until just after the half-mile pole. She started to pick off some trailing horses as they neared the far turn. She continued to gain ground and had nearly pulled even with the leader when they hit the top of the stretch. Joel gave her a few taps with the whip and she took over the lead easily and pulled away to win by two lengths.

Joel said he was really pleased with her and that he had a ton of horse left after the crossed the wire. Brendan hadn’t given Joel many instructions as he tends to ride very much by instinct. Brendan simply told him that Temple City Terror likes to peel off horses late on the outside. Joel had her in perfect position to do just that.