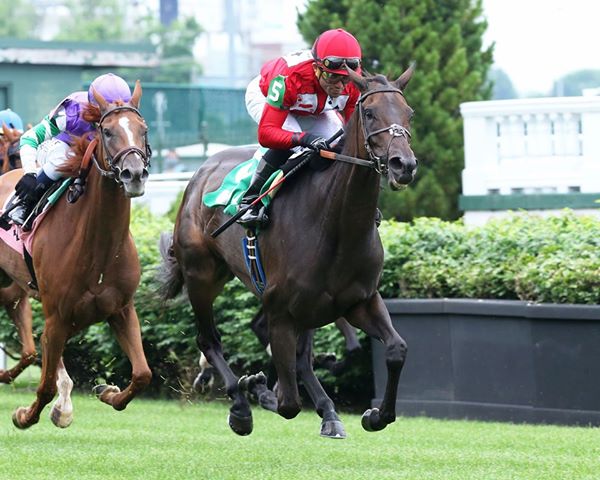 Temple City Terror was the winner of the sixth race at the Fair Grounds in dramatic fashion earlier this afternoon. She broke well but was, as usual, content to settle in at the back of the back in the two path. She loped along behind a slow pace up front of 25.20. The half went in a slightly faster 49.55 and Temple City Terror went into the far turn about six lengths behind the leaders in the four-path. She was still in last place as they turned for home and Adam kicked her out to the center of the track. It looked like the slow fractions would take a toll as she still had a ton of ground to make up in the final furlong. She was able to get up just in time to win by a neck over favorite, In Good Spirits, and Russian Mafia.

Adam said she was just so relaxed out of the gate and through the back stretch that he knew he was going to have a ton of horse left. I turned out that he timed it perfectly and got her there just in time. Initial indications are that she has come out of the race in great shape.