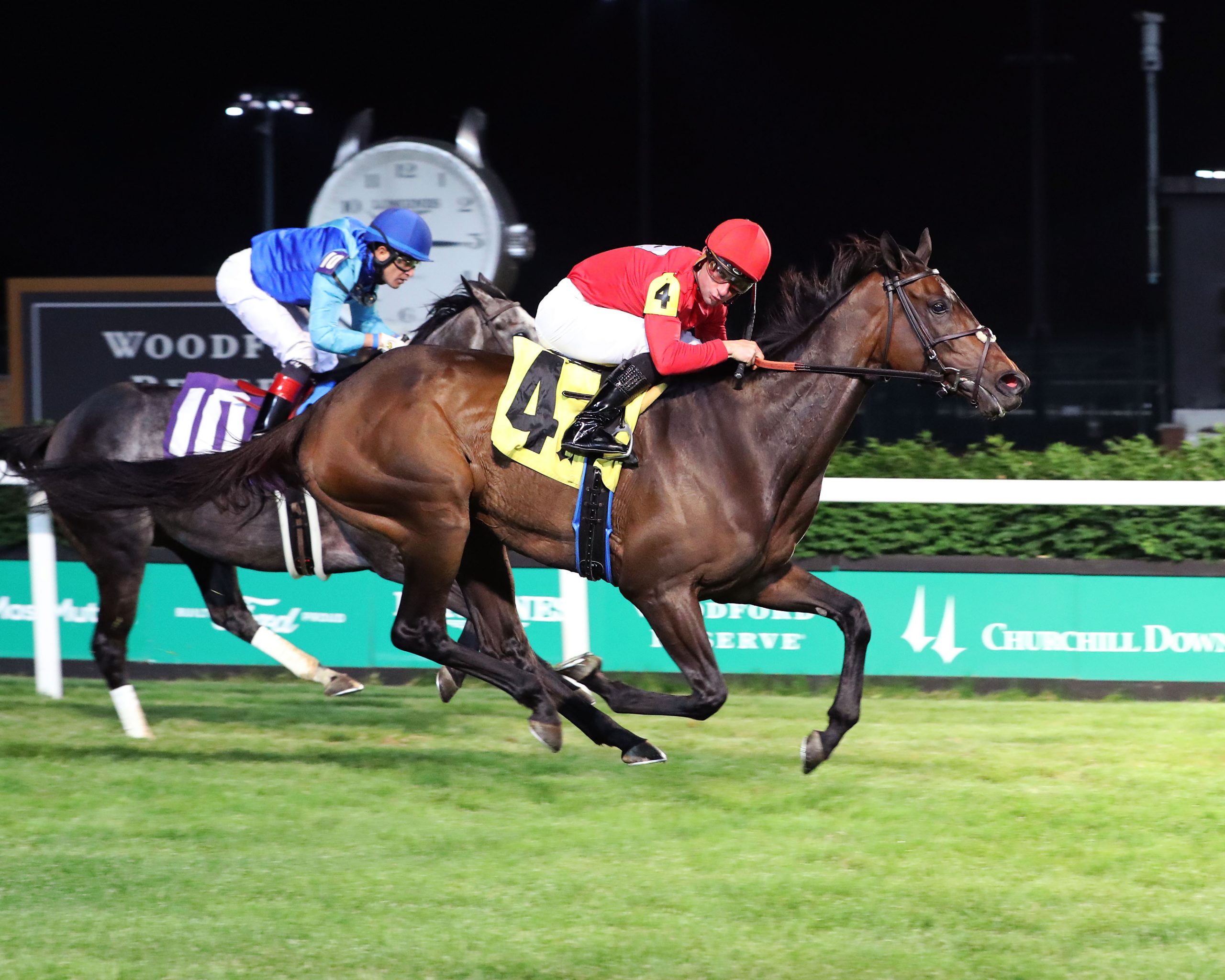 Temple City Terror won the Keertana Stakes at Churchill Downs earlier this evening in dramatic fashion. She broke sharply and actually had a nose in front in the first few strides. Dalika, the lone speed in the race, dashed out to a lead that kept growing and growing. Meanwhile, Temple City Terror sat comfortably in fourth position. Dalika led by as many as twenty lengths during the race, but her lead began to diminish going into the final turn. Temple City Terror moved into third at the top of the lane, but still trailed Dalika by about ten lengths. Temple City Terror put away Delta’s Kingdom and closed with a fury during the final furlong to make up about seven lengths and take the lead just ahead of the wire.

Brendan said in his post race interview, “It’s a nice win to open up opportunities with the trip. We’ll move forward from here. It was fantastic. This filly, she’s been just rock solid since day one. It took her a while to break her maiden, but she shows up every time.”

“This filly, Brendan has done a fantastic job with her. Stepping her up to a mile and a half seems to be looking bright now. Based on her performances at the Fair Grounds, she seemed to settle like she’d get the distance. I’m glad he put her forward to the test. She has a great turn of foot when you let her loose. She got the job done today.”

Temple City Terror Wins the Keertana at Churchill Downs – May 22, 2021 from Pocket Aces Racing on Vimeo.