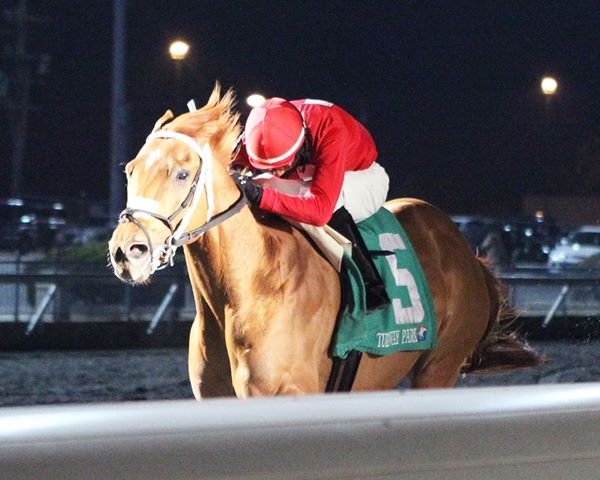 Copperplate won the eighth race of his career with a four-length victory in the sixth at Turfway Park on March 21st. He broke sharp and settled into a stalking position on the outside. He made his patented move in the turn to grab a short lead at the top of the stretch and pulled away to an easy win.

When Pocket Aces decided to give him some time off late last summer, we did so with the intent of at least getting him back for one more successful campaign at Turfway. He has had tremendous success there through his career and we wanted him to have a good shot at another win or two. While it remained a possibility that we would continue to run him beyond the Turfway Park meet, it was also very possible we would retire him at the conclusion.

Copperplate has been extremely good to Pocket Aces Racing and our partners involved with him. At eight years old with 46 starts and eight wins under his belt, he certainly doesn’t owe us anything at this stage of his career. With this in mind, we have made the decision to retire him. He will be living the good life with one of our long-time partners in Maryland.