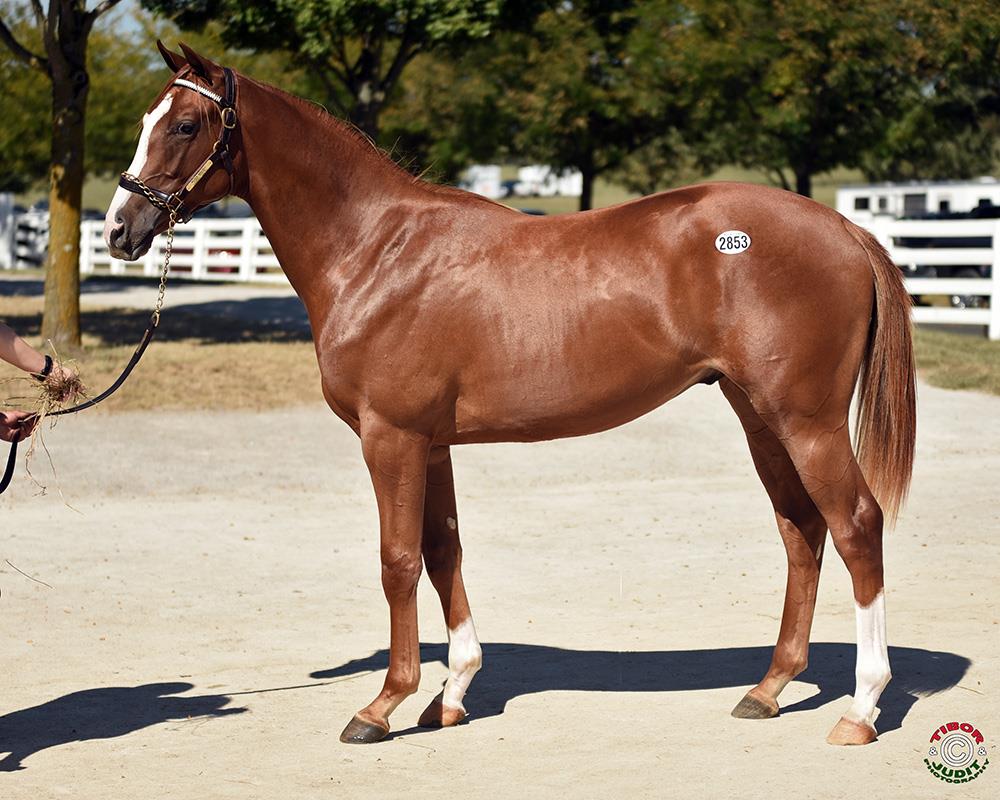 Pocket Aces Racing LLC is excited to introduce one of the newest members of our stable, a New York bred Mission Impazible yearling colt out a stakes-placed More Than Ready mare named Fleet Streak. How we came to acquire this colt is quite a unique story that begins with the unfortunate passing of Unbridled Mission and our relationship with Matt and Gus Koch. Pocket Aces Racing has been sending horses to brothers Matt and Gus Koch’s Shawhan Place farm to break, train and layup for more than five years.  In that time we have found them to be expert horsemen with a keen eye for talent. Both brothers were aware that Pocket Aces Racing had purchased a New York bred 2-year-old in-training Mission Impazible colt in April of this year named Unbridled Mission. Matt and Gus read all of our weekly updates so they knew the colt was showing a great deal of promise until he died in a tragic training accident at Saratoga back in July.  Around this same time the Koch brothers were prepping over 40 yearlings for the Keeneland September sale.  Coincidentally, one of them happened to be a New York bred Mission Impazible colt that was quickly emerging as the most athletic horse they had. Shortly after the connection was made between the similarities of Unbridled Mission and the yearling they were prepping for the sale the Koch brothers reminded Marc every chance they got, for nearly 6 weeks, that he had to see this colt at Keeneland September. According to Matt and Gus when they were exercising their yearlings for the sale every one of them would get tired at a certain point but the Mission Impazible colt wouldn’t be phased. In fact, he was always willing to do more and often times they would have to stop exercising him because they got too tired. Matt also told Marc that he had spent many evenings watching their colts in the fields and the Mission Impazible colt would run circle around the rest of the horses. More than once Matt told Gus that he felt sorry for the expensive New York breds that were going to have to run against him.  We also thought it was significant that the Koch brothers had nothing to gain financially by touting the colt to us. They were just prepping him for the sale. When he went to the sale he would be consigned by the Vinery so it didn’t matter if he brought $40,000 or $400,000; the Koch brothers wouldn’t be making any commission off him.

The Koch brothers were so adamant that the colt was something special, and our faith in their ability to recognize talent was so strong, that we ultimately decided to bypass any New York breds that sold before him at the sale. When Marc finally got an opportunity to inspect the colt last Tuesday he did not feel like the horse had any fundamental flaws but he also realized the colt was not the most handsome horse in the world. He has a plain head, his pasterns are a little soft and he looks to be in a general awkward phase at the moment, that so many young horses go through. However, upon closer inspection he’s an excellent mover with a powerful hip and gaskins. We also think he has a great shoulder angle and from what we could tell up at the sells ring, potentially a very intimidating time for a young horse, he seems to have a good mind as well. At the end of the day we don’t think he’s going to win any blue-ribbons in the show ring but we don’t see anything stopping him from being a fast racehorse and we believe the inside information we have on the horse makes him an especially strong prospect.

The colt is by Top-10 First Crop sire, Mission Impazible.  Despite having only two-year olds on the track, he is already a Top-20 New York sire.  With stakes winner Silver Mission and stakes placed runners Ethan Hunt and Paz the Bourbon, he is establishing himself early on as not only a top New York based sire, but a top national sire.  He is out of Fleet Streak, a multiple stakes placed winner by established broodmare sire, More Than Ready.

He is also eligible to run in the very lucrative New York program.  The program consists of two components: the New York bonus program and the New York restricted program.

The restricted program consists of races open only to horses foaled in New York. In 2015, there were 45 stakes and more than 800 overnight races. The overnight races range from open allowances all the way down to bottom level claiming racings. While the purse structures vary from track to track, they are fairly exceptional across the board.

If you are interested in joining this partnership and having a colt with a promising pedigree, a apparent desire to run all day that is also eligible to run in the New York Bred and New York Sired programs, please contact us as soon as possible by replying to this email or by calling Marc at 859-312-6272 or Jared at 606-922-9325.