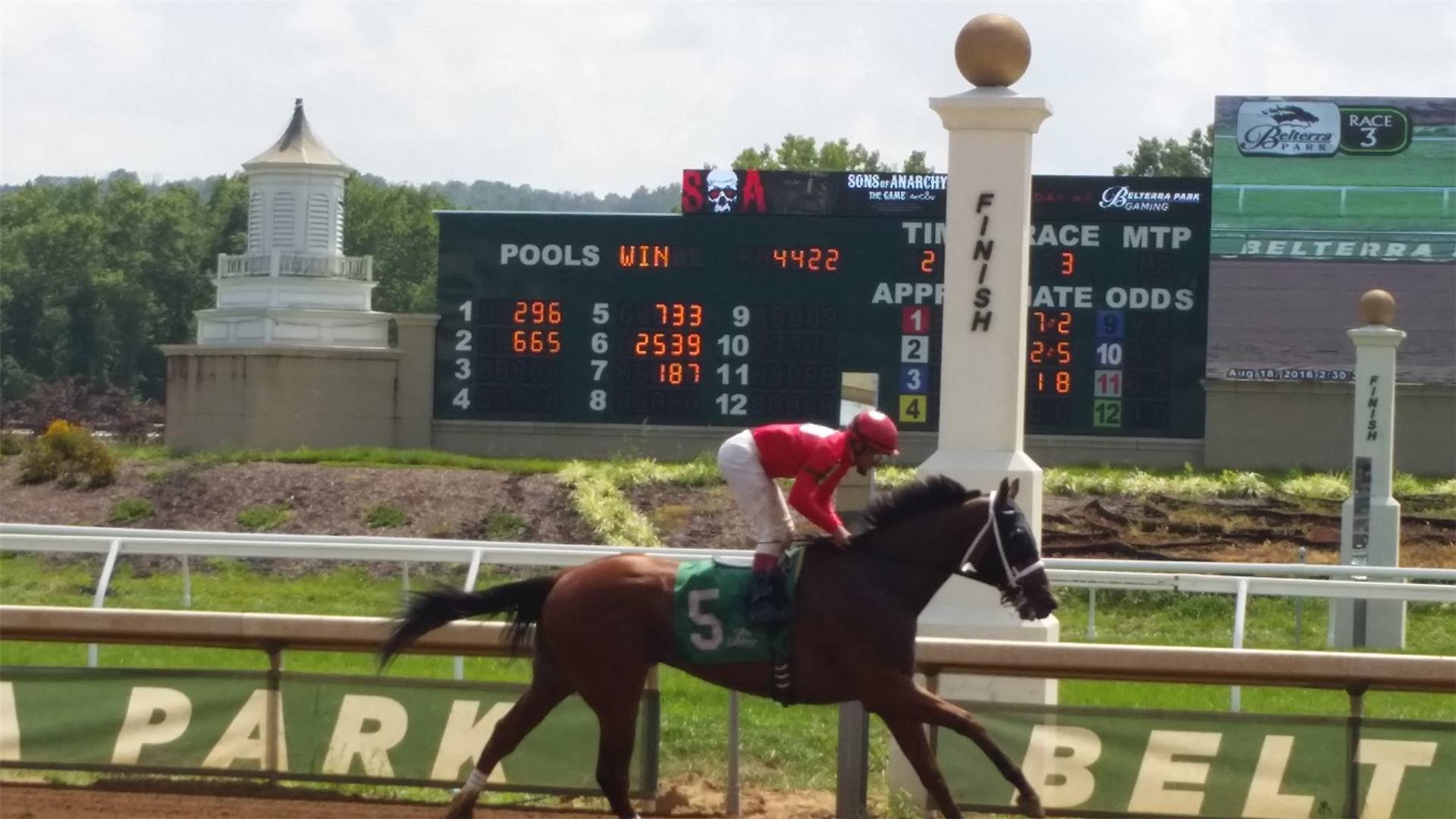 Warrior Prince ran 3rd in an allowance at Belterra Park earlier this afternoon. He broke well out of the gate and due to the inside post position, Geovany had to gun him to the lead. He set the early fractions of 0:22.58 and 0:45.88 and was a nose behind at the top of the stretch (0:58.61). Those early fractions proved costly as favored Henderson Country closed from last to get the win.

Geovany shared with Susan that Warrior Prince tried hard and was in the bit from start to finish, even when he began to get tired through the lane. That is a tremendous improvement over his lackluster efforts earlier in the year. Over all, we are pleased with the effort and the result. We feel like he took yet another step forward today and continues to show growth with each start.